So my ‘Help Save the Ocean’ is a very broad bucket list goal to have and potentially can never be complete. I guess I should re-name it ‘Do my part in helping to save the ocean’ BUT that doesn’t sound as catchy?!

Anyway on September 16th myself and Tim made our way to Hurst Castle (Milford on Sea) to do some litter picking as part of the Marine Conservation Society’s (MCS) Big British Beach Clean 2017.

https://www.mcsuk.org/ – the homepage to find out more about this cause

https://www.mcsuk.org/clean-seas/gbbc-2017-thank-you – a review of the beach clean nationally

The meeting area was pretty vague at the start with no postcode to a car park, so it was a little castle hunt for the last 2 minutes of the journey. You’d have thought I’d have taken us to a beach location I knew but I wanted to go somewhere different.

Admittedly I have been to Hurst Castle before however I think I was 7/8 and didn’t take notice of directions. Also fond memories of me winding myself as I slipped down a staircase there resulting in my friend and her siblings all laughing at me. Plus I somehow left my pants on the shingle. In a way me litter picking in this spot makes up for littering the beach with pink cotton undies around 20 years ago!

Once we found a place to park we were early (as we are to everything). So we found the meeting point (became much more apparent once getting to the destination) and wondered aimlessly looking at the beautiful scenery.

Within minutes I became much more relaxed and carefree, I think the weather helped too but the sun on my face, salty sea air flowing around me and the sound of the waves took an instant affect on my mood. I forgot how much I love the beach. I need to remember this for my mental health recovery.

Also we took some photos purposely for the blog as pictures are much more exciting to look at compared to my awful writing skills.

As you may or may not be able to tell I have a MCS t-shirt on which I bought along with a manta ray one as another way to help give back to the cause. I didn’t think it through that on the day people may think that I am in fact the organiser so I definitely hid my t-shirt until the event got under way. Their clothing is certified 100% Organic Cotton t-shirt (155g/m2) / Made in an ethically accredited, wind-powered factory / Low Carbon / GM Free / Hand finished in the UK

https://www.mcsuk.org/shop/ – check out if something takes your fancy!

When we checked the meeting point closer to the start time we found a bunch of people hovering around and a lady in an orange bib with MCS on. Now again there are no tips on what to do when arriving so I battled my anxiety and spoke to this stranger. It turns out if you sign up online then you’re all signed in! Easy.

After a little talk about the running of the event and grabbing ourselves litter pickers (Tim was rather relieved about this having had a bit of a twinge in his back lately) we headed up towards the tip of Hurst Castle spit. I think this took its toll on me before we even started lol! (I definitely need to start on my weight loss goal) The spit made up of uneven shingle made it harder work to walk. Luckily for sturdy walking boots I trudged along just fine.

We came to halt and were told to grab a clipboard with worksheets on. We had to now litter pick between two wooden posts (100m section) and record everything we pick up and pop into our bin. See checklist below

Tim and I had been looking around before we started and couldn’t really see much litter to pick up. But I’m expecting the litter to be like a beacon. Like CCOOEEEE I’M LITTER! OVER HERE!’ kinda scenario. Alas it wasn’t, but you do start off missing items. Then once you get the hang of it you uplift stones and seaweed to make sure you pick up the bottle top. It was highly addictive. The main culprit was fishing net and line. So any fishermen reading, please pick up your litter before going home! Next was bottle caps, plastic cutlery and pens. Then we came across a needle. **Insert buzzer sound from Family Fortunes here** 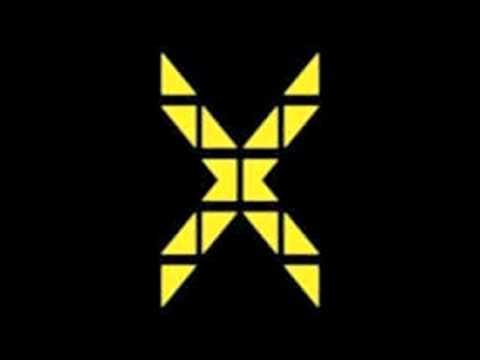 Although a good find in terms of how important it is to clean them up, we weren’t actually allowed to physically touch it or move it. Crazy huh! The council said to our event leader that because we are all volunteers we are not expected to put ourselves into possible harm therefor we had to mark it with a piece of laminated red card and leave it where we found it. However due to the location of the needle being in the middle of the drop into the sea, the lady in the MCS bib moved it to one of the wooden posts to make it easier to see. **don’t worry everyone was issued gloves** I guess now I wonder if and when that was picked up by the council. Fingers crossed it has.

You’d think the needle would have been the item that increased my disappointment levels. It didn’t. I became more and more annoyed at seeing everyday plastic strewn everywhere. Next time you take your deck chair to the beach, double check the legs bottoms haven’t come off! I came to realise that it is just laziness. Whether it be on that beach and people forgetting to take their litter home. Or if it were people from a beach miles away that did the same resulting in their sweet wrappers washing ashore. The problem is, the ocean can not cope or do anything with this material.

The statistic above is shocking. I first had my doubts that this would be true. I watched the Alaska Live programmes on BBC not long ago and they were talking about how thousands of salmon migrate every year. These fish can also spawn between 3,000 – 14,000 eggs! That’s big numbers! But being at the beach constantly picking up tiny pieces of plastic or netting gives you some perspective of how marine animals can come to some harm. I’m sure people were imaging finding a turtle with its head stuck in beer can plastic and to set them free but this job just isn’t that glamorous.

After an hour or so Tim and myself had to start heading back home for other errands. We felt a little guilty for being the first ones to ‘throw in the towel’ but someone has to be. Our rubbish bag was weighed and we had picked up 1kg of litter between us. As there were 20 others there potentially another 10kg could have been removed from the beach as well. We had to litter pick only within a certain area as all of our data from our clipboards have been entered into the national database and will be part of the official results for 2017. Our organiser then said if we wished to pick up litter on our walk back to the car then feel free. Just tie the bag up and pop it near our meeting point for her to deal with later.

So we set off and thought we would litter pick on our way back. Its like a game, spot the litter. At first we were picking everything up we could see but I think we would still be there if we carried on the whole way. So we then had a rule of doing 20 steps between each pick. This definitely helped speed up our progress.

Once back to the meeting point we had possibly added another 1kg of rubbish to our bag. See evidence below.

No litter pick isn’t complete without an ice-cream enjoying the view before heading home.

Here Tim and I reflected on how enjoyable we found the morning. We had given back but also achieved something at the same time. We discussed how the weather would have been a major factor for our enjoyment levels but we are going to have a look at some other dates at other beaches. And next time we are taking our dog Albert! 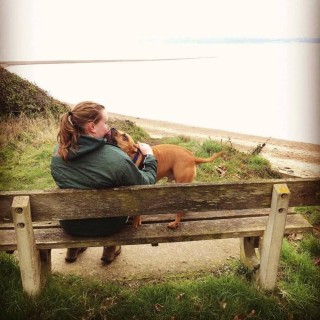